Home / About Us / Introduction 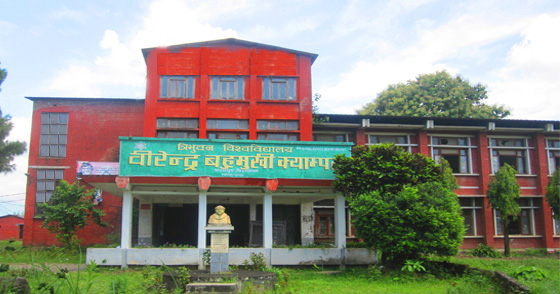 Birendra Multiple Campus that we see today in its form and features, was established on the 1st Baishakh, 2022 BS. as 'Birendra Intermediate Arts College', named after late King Birendra, with the initiation and efforts of academicians, social workers, guardians, donors, and local institutions feeling the need of an academic institution of higher education for the growing population of the district after Chitwan was open for settlement in 2011 BS. The college had its hard times in its infancy as it did not have its own building and premises. With great labor pain, it took its birth in Chitwan High School Building at night with 14 students, and later it was shifted to a rented house at Narayangarh.

With many ups and downs in its course of growth, the college received 10 Bighas of land from HMG in 2028, and in 2032 the college shifted to its own building which was inaugurated by  Late Ling Birendra on 6th Marg, 2034B.S. The college then was capable enough to begin Bachelor level which was materialized in 2035. In 2040, The college started I.Sc. and became the first multiple campuses in the Chitwan district. The college is expanding physically and academically day by day. In this context, the college took a great stride in its academic activity and began Masters Level in Economics in 2045, B.Sc. in 2050, M.A. (Nepali) in 2053 and since then different programs of Bachelor and Master's Levels began to be added one after another without any interruption.

The Journey of this campus that began in 2022 BS has become a model journey of an academic institution of its kind. In its long course up to now, it has been able to enlighten many individuals of different corners of the nation and thus illuminate the whole society with knowledge, skills, and inspiration.

We hope, in the days to come, this college will not lag behind to academically lead society imparting quality education to meet the demands of the 21st century. We express our sincere gratitude to those who directly or indirectly contributed to the birth growth and development of this campus and brought into the present strength and shape.

We expect that in the future too, this college will get valuable advice, cordial love, and full support from our students, guardians, agencies, social workers, and well-wishers.

The Goal of Birendra Multiple Campus is to make the physically well-equipped and academically excellent Centre with advance research hub. 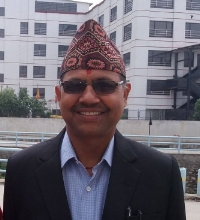 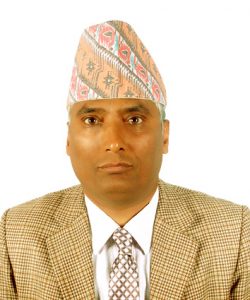